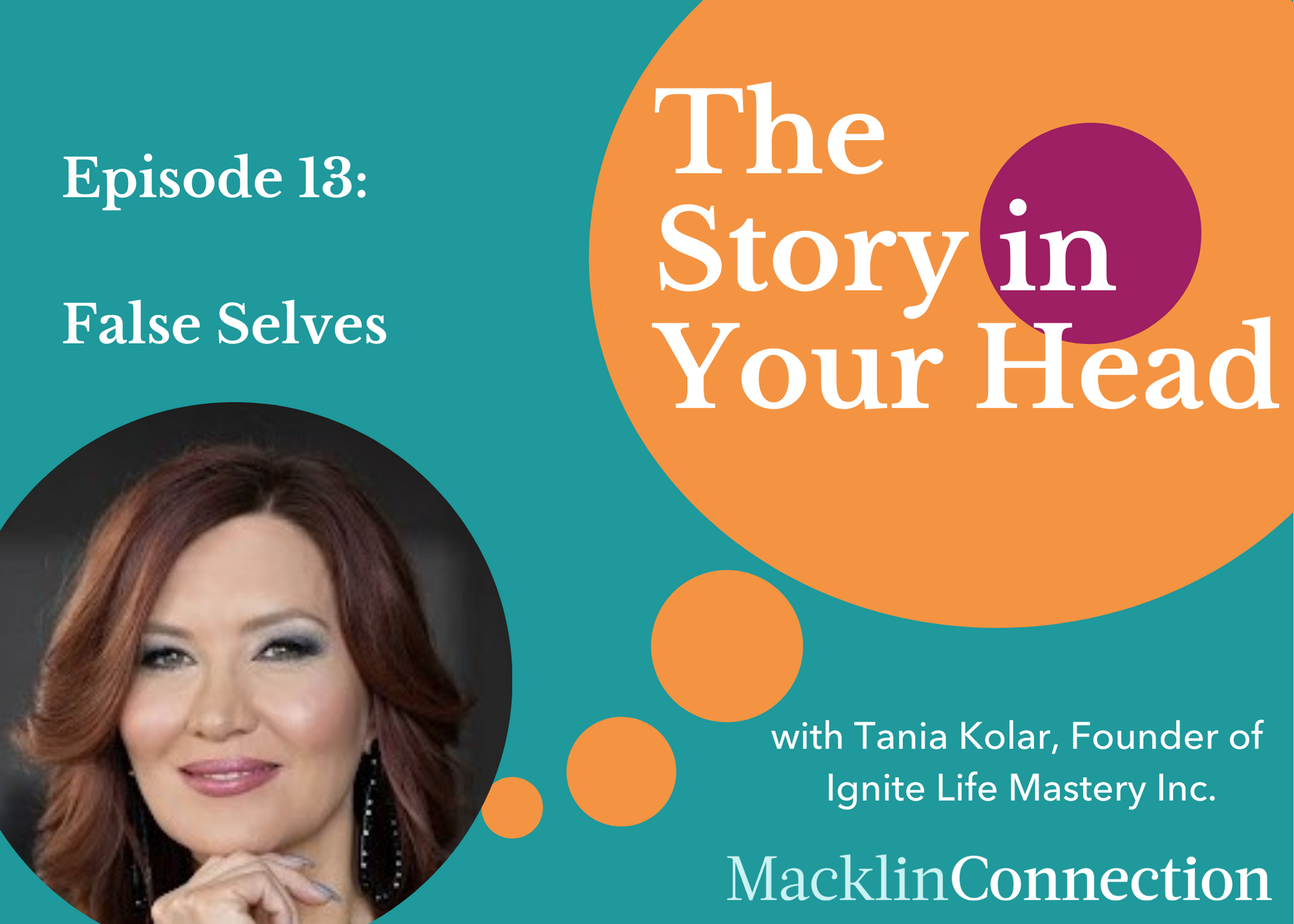 Ron and Michelle introduce this week’s special guest, Tania Kolar. Tania is a mindset coach, a speaker, a radio and podcast host, and the bestselling author of “Breaking the Stupid Mold: Overcoming Self-Sabotage And Limiting Beliefs, So You Can Live An Extraordinary Life.”

Ron asks Tania: What is a False Self?

Tania says at some points, we go through life “living a lie.” It’s like having a silent dictator controlling our thoughts and actions. That’s our false self that we adopt as truth. It’s someone else’s reality, or what we believe to be true. This won’t let you meet your full potential.

Tania says that our language patterns can also help us identify when we are living as our false selves. For Tania personally, she found herself saying “I was mortified,” when the experience she was talking about often wasn’t actually mortifying. While there may have been one time when she did feel mortified, she started bringing it into other parts of her life.

If you find yourself overreacting, you’re reacting to a trigger, not to the topic itself. For example, a small fight with your partner could lead to an explosion based on different moments, not the current one.

Ron asks Tania: When did you discover this for yourself?

Tania says she experienced a traumatic event that made her aware of her thought pattern. You have to be aware of the pattern before you’re able to break out of it.

She says that every person on the planet is unique and is meant to have an extraordinary life, but many of us feel unworthy. Tania says her mission is to help others learn to break those patterns and beliefs.

Michelle asks Tania what she means by “limiting beliefs.” What do you do when you find one?

Tania says the important thing to do is to challenge those beliefs. But it’s also important not to blame yourself, or else you may start feeling guilty. Remember that you can rise above any challenge. One limiting belief people have is that they are not enough, even though it’s unconscious. You can challenge these beliefs by telling yourself the opposite with affirmations.

Ron talks about the concept of our Scared Self. What would Tania say to anyone who says they aren’t afraid?

Tania says it’s okay to be afraid. You can allow it to mobilize you, or you can use it to empower you. Whatever challenges you’ve faced, you have the opportunity to learn something about yourself or express yourself. It’s okay to experience it, but don’t live in fear. And don’t suppress your emotions, either, because that can manifest into physical illness as well.

What difference did it make for Tania to acknowledge her fears?

Tania was used to hiding her fears, but she realized it should be less about what other people think of her and more about what she thinks of herself. When you’re stuck in fear, you refuse to take action to get to the next level. You’re telling yourself a story in your head to justify it. Keep in mind that, in every challenge, there is a lesson.

Next, Ron acknowledges the importance of believing in yourself. He asks Tania: Do you have a strategy for believing in others?

Tania says that, for some people, it’s easy to believe in others even when you don’t believe in yourself. But remember that believing in yourself doesn’t take away from anyone else. Instead of competing, be a creator. Create the life you want to live instead of comparing yourself to others.

Michelle asks Tania about her book’s title -- “Breaking the Stupid Mold.” What is the stupid mold?

The mold is the accumulation of our thoughts, patterns, habits, and beliefs. It’s called the stupid mold because it’s ridiculous that it’s running our lives. And it’s also a mold because at first, it’s soft like clay. When you have those repetitive thoughts, it becomes fixed and unmovable until you learn to break it.

The excuses you make for yourself are your limiting beliefs, and that fear takes over. Step over the fear, to the other side of greatness.

Ron asks Tania about the new skills that will be required for “post-pandemic” life.

Tania says it shows how connected we all are. We want people around us to encourage us and help us get to the next level, together. Sometimes we get stuck in the materialism of life, but the pandemic has taught us that connection is the most important thing.

It’s also caused us to question what we really want in life and what fulfills our souls. Are we doing what really makes us happy?

Tania says that she’d like listeners of The Story In Your Head to know that your mindset is like a muscle that needs to be strengthened and conditioned. It’s important to cultivate the mindset that will empower us to get to the next level. You can do that by adopting a growth mindset. The thought patterns you create become your reality. And being grateful in the most challenging moments of life can help shift your feelings in that moment as well.

Ron and Michelle, along with guest Tania Kolar, discuss limiting beliefs and “False Selves” in this episode of “The Story in Your Head.”