Courage To Have the Conversation with Dr. Paul Marciano 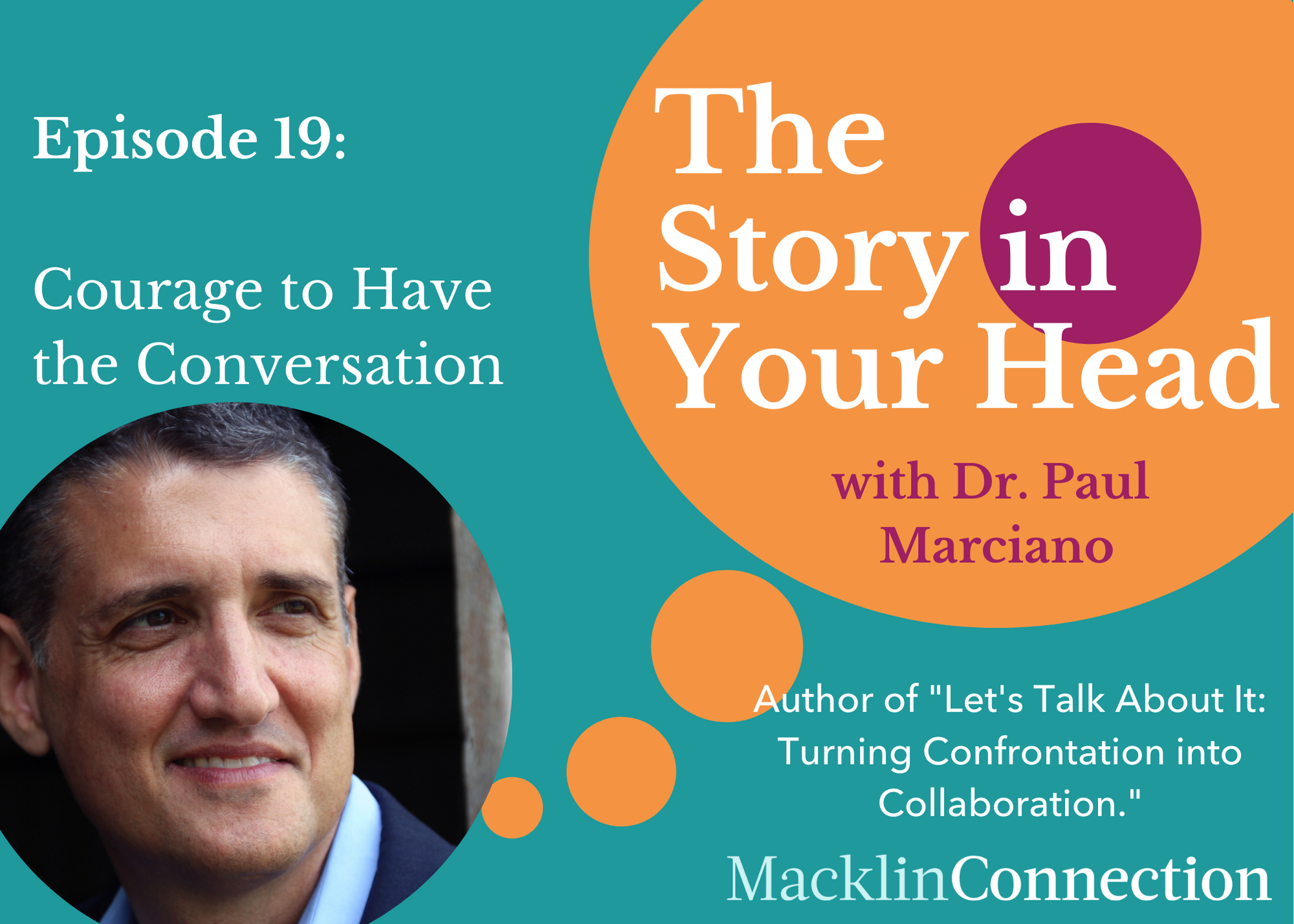 Episode 19: Courage To Have the Conversation

Paul is a friend of hers who has a doctorate degree in clinical psychology from Yale University. He is the president of the human relations consulting firm, Whiteboard, and he’s an expert in employee engagement and respect in the workplace, as well as difficult conversations. Paul is also the bestselling author of the book, “Carrots and Sticks Don't Work: Build a Culture of Employee Engagement with the Principles of RESPECT.”
‍

Michelle asks Paul: Why do you have such a great interest in how people relate to each other?

Paul says that life is all about relationships; from a psychological perspective, the quality of our life is based on the quality of our relationships. He feels that a lot of the world’s dysfunction comes from a lack of skill or a lack of willingness when it comes to dealing with conflict. He even can think of moments in his own life where his relationships have suffered from him not wanting to have a difficult conversation.
‍

When it comes to the ideas of courage and fear, what are Paul’s feelings?

Paul says he doesn’t like it when people say they wish they had the “courage” to have difficult conversations. As humans, we most often choose not to engage in activities or behaviors when we don’t feel comfortable or confident. When people say they don’t have the courage, what they’re really saying is that they don’t have the skills to feel confident going into that kind of conversation.

Ron turns attention to Paul’s book, which has the 7 tenants of R.E.S.P.E.C.T. Is there one that’s most important, or one that seems to trip people up more than the others?

Paul discusses how respect is what drives employee engagement in the workplace -- respect between all parties. The “R” in the respect acronym is all about recognizing people for their contributions.

Paul then shares a story about going to the DMV to register a vehicle, and it was a nightmare. But the woman who was helping him was wonderful and helpful. And she said she would call him tomorrow to follow up, and she did. So Paul went out of his way to send her manager a message about his fantastic experience with her. The next time Paul went into the DMV, she was almost in tears and felt so grateful to have been recognized for her contributions.

Most of the time, when people receive recognition, they hold onto it because it’s so special.
‍

Ron asks about changing your story about someone to make space for them to help you instead of harm you.

Paul says that there are over 100 unconscious biases; in his new book, he names one bias the “personal history bias.” When you already think you know how certain interactions are going to go, you have preconceived notions. His best tip is to remain truly curious about what the other person is going to say.

He also mentions that there are times in our lives when it’s healthier to walk away rather than staying engaged in certain relationships. That’s true in personal and professional relationships.

Michelle relates what Paul is saying to the Macklin Connection, and the idea of creating others. She says it took her a long time to create her brother differently.
‍

Paul says we can create people to be whoever we want, and then we have to give them the space to live into that person. But it takes giving up your biases or your old ways of creating that person.

Ron shares his use of the word “surrender.” He often says “I surrender to…” And he says he works to be 100% percent for his own end of the relationship as well as others’, but it doesn’t mean he gets to control anything. But he can be responsible for who he creates others to be.

Paul and Ron discuss the need to be vulnerable and show vulnerability to others. Paul shares a metaphor about a dog rolling onto its back and exposing its belly in vulnerability; Ron shares his metaphor about people holding up their shields in self-protection.
‍

Paul says that, often, we try to make the other person wrong so that we can make ourselves right. But when we put down our shields and show vulnerability, that’s how you can work on healing a relationship and lowering both sides’ defenses. Especially if it’s accompanied by saying “I’m sorry.”

Michelle agrees that an apology can be very powerful. She shares a story about a friend of hers apologizing to her for not paying attention. Not only did she appreciate it, but they were then able to discuss what was going on.

Paul shares that one of our greatest fears as human beings is the fear of looking bad, which often makes us hold back. But when you can get to a point of not holding back but sharing, it can be really freeing.
‍

The group discusses the importance of creating space in the workplace for people to share their true thoughts and feelings, be vulnerable and authentic, and to create new things. Michelle asks Paul: how do you create that kind of space?

Paul turns it back on Michelle, as she said there were times in the past when she would sit back instead of sharing her ideas. What got her back in the game?

Michelle says she got annoyed that other people would have the ideas she had, but they shared them instead of sitting back. But most importantly, one manager told her “I believe in you.” So that made her feel safe and helped her engage.
‍

Michelle asks Paul: How do you define Respect?

He discusses what he considers Empathy I and Empathy II. He says that Empathy I is about being empathetic, but Empathy II is about trying to understand how he feels in his shoes -- not how someone else would feel if they were in his shoes.

Paul wraps up by talking about the idea of forgiveness. He shares a quick story about a woman who was yawning in the front row of one of his talks, and while he felt a bit annoyed, she came up to him at the break and said she’d been up all night with her paranoid schizophrenic husband.

At another seminar he attended that was given by a monk, the monk said he knew that everyone in the room was getting through the world in the best way they knew how, and Paul says he believes that to be fundamentally true.

At the end of the day, we all have to give each other a break.

Courage To Have the Conversation with Dr. Paul Marciano

Courage to Have the Conversation: Ron and Michelle, along with guest Dr. Paul Marciano, discuss difficult conversations, relating to each other, and respect in this episode of “The Story in Your Head.”