Creating Who Others Are For You 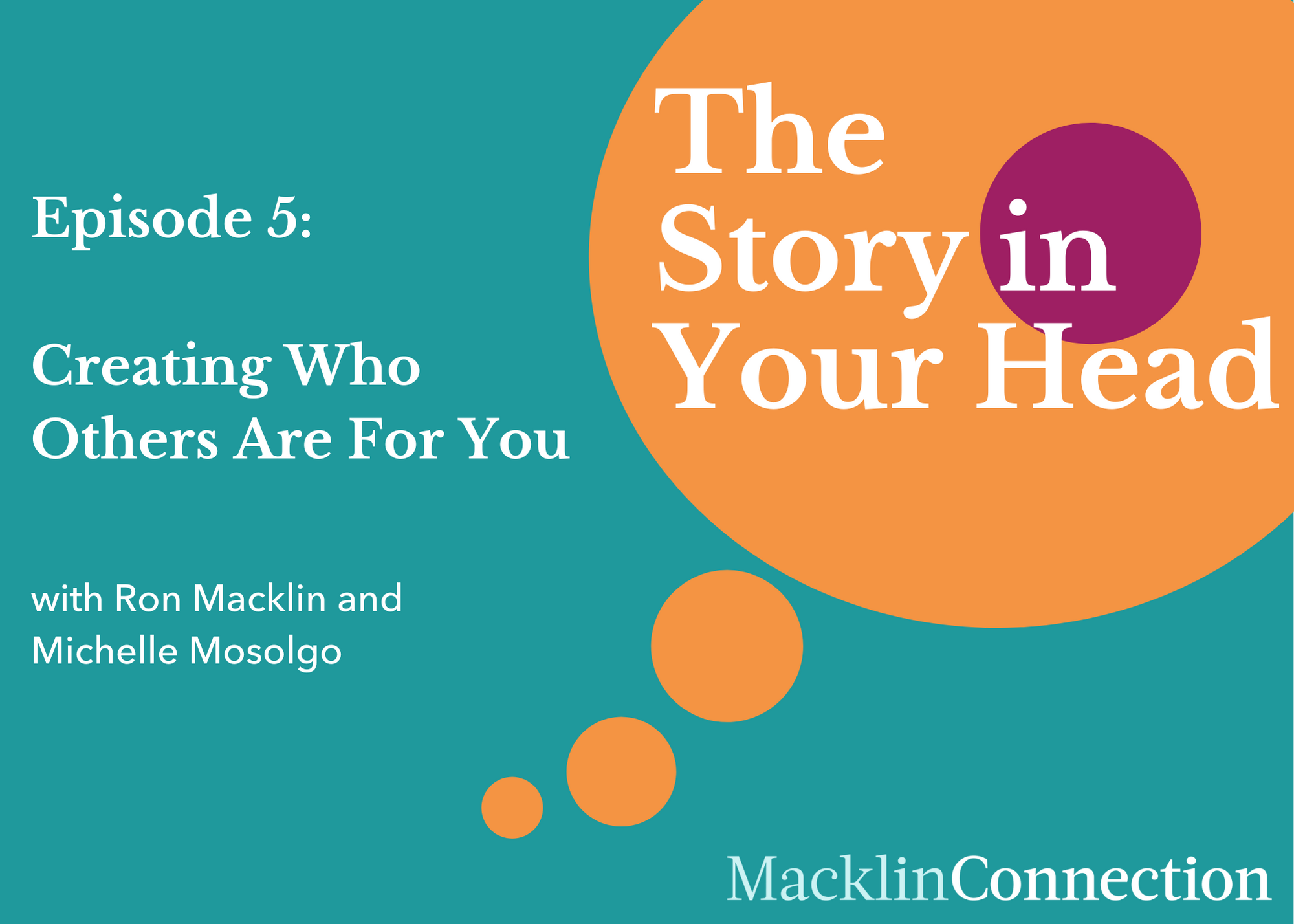 Episode 5: Creating Who Others Are For You

Ron asks Michelle: What has been your experience with creating who others are for you?

Michelle shares a story about her daughter. As a teenager, her daughter was sarcastic and “snarky,” so every year for Christmas, Michelle would buy her a T-shirt that said something sarcastic. But now, her daughter is 24 years old, and she’s not the same person anymore as she was as a teenager. Michelle realized she was creating that way of being for her daughter.

Michelle decided to change the tradition this year. In addition to the funny T-shirt, she gifted her another one that was related to leadership. Not only did the gift change, but Michelle’s story about her daughter changed.

Ron says there have been times in his career where he made up stories about others: They’re mean, they’re jealous, or something else. But when he stopped to take responsibility for who he created them to be, he realized he hadn’t been helping them be successful.

Other people can notice the stories we’re making up about them through our body language and might put up a shield or start to hold those stories about themselves.

Ron shares a story about his experience with a colleague of his named Reid. They were both making snide remarks about each other and creating each other to be “assholes.” But they found out they had a lot in common and became close friends. Couldn’t that be the case for any two people?

Michelle asks how that transition happened. Did he decide one day to say to himself, “Reid is a great guy?” Ron says that it started by creating a story about himself that he was open to Reid. The second part is reaching out and being vulnerable.

Ron and Michelle discuss how a shift in perspective can change when you say something out loud compared to just thinking it. We notice ourselves differently, and it is very powerful.

Michelle asks Ron about how he started changing his stories about others and how long it took. Ron says he’s still working on it, but he has certain practices that he does. He created who Michelle was for him before this podcast, as well as the listeners.

Telling himself, “I surrender to…” is one way that he commits to being in the “now.”

Michelle shares that “surrender” is one of her husband’s favorite words, and he uses it often in situations he can’t change. Ron says that the word allows him to just “be me.”

In this case, surrender doesn’t mean giving up. It means being open to the possibilities of what could happen.

Ron asks: What would it be like if we all created our way of being and others’ ways of being before every interaction? What if everyone was open and authentic, every person felt like they belonged, and everyone felt they could bring up any questions or concerns without being judged?

Michelle asks Ron: Do you create a way of being for each person or for a big group? Ron says he’s making it up as he goes. While in the past he’s done it for a group, he sometimes creates it for an individual. There are no rules, and it’s about whatever works for you as you do experiments.

Creating Who Others Are For You