Crafting Your Way of Being 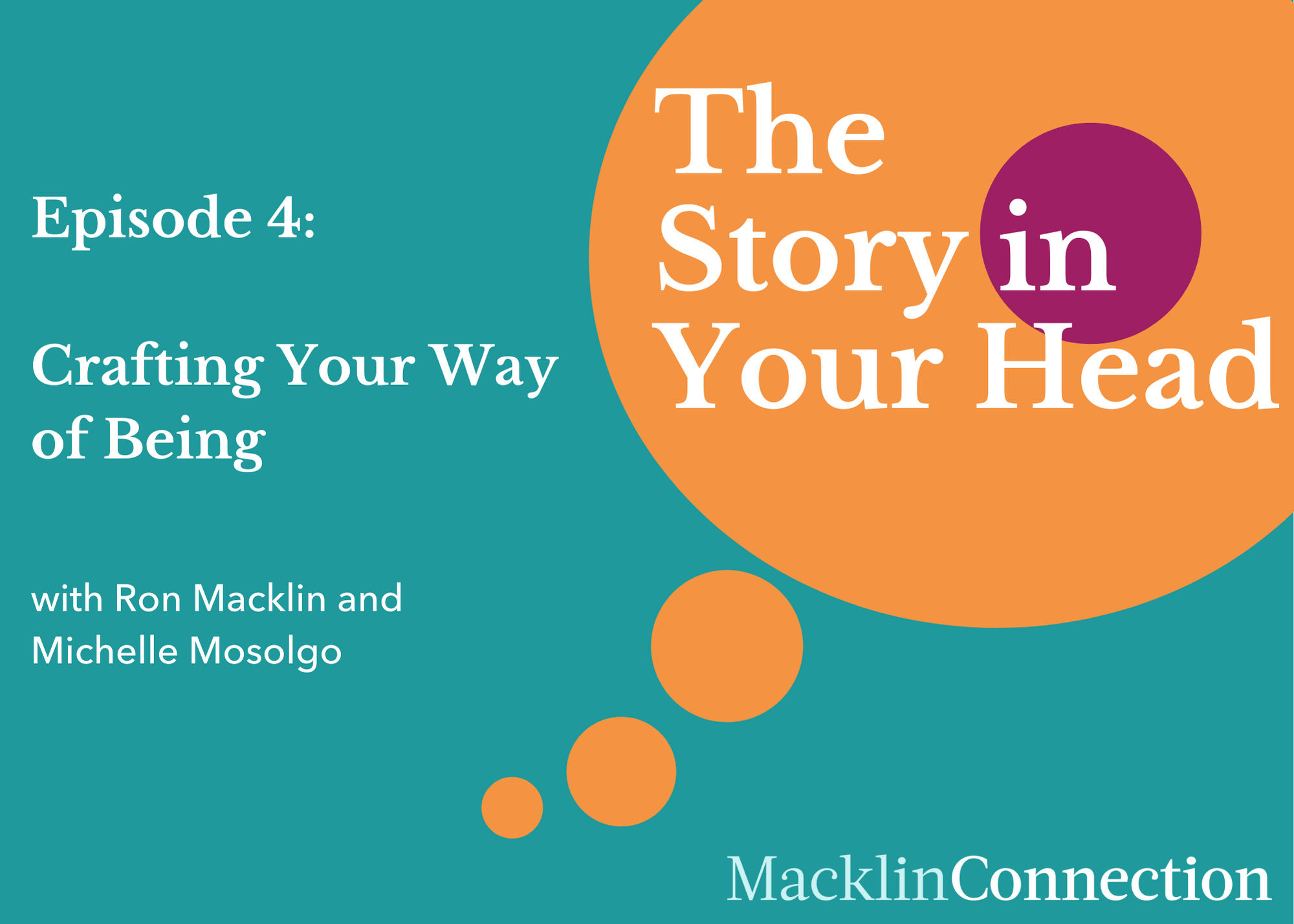 Episode 4: Crafting Your Way of Being


Michelle asks Ron: How do you start talking about crafting your way of being?

Ron says it’s important to acknowledge we’re already doing it when we have stories in our heads about ourselves. But at some points in our lives, we may remember other people’s words about us and start thinking those stories are true. We forget that we made that up.

How did Ron realize he was making all those stories up? While he wishes he learned it during junior high or high school, it wasn’t until he was in his 30s that he realized he could change his stories.

One story Ron always told himself was that he was shy and quiet, so he didn’t need to speak up in groups. Michelle shares that she’s had a similar experience — she always told herself a story that she was introverted, but she’s still working on reinventing her story. How do you go noticing these stories and then reinventing them?

Ron says he pays attention to his body to find out whether he’s feeling tense due to a story he’s noticing in his head about himself. When he’s able to notice the story, he’s able to take the opportunity to create a new one.

For Michelle, she feels so comfortable holding the story about being an introvert and that sometimes she doesn’t want to change it. But she realized she was missing opportunities when she didn’t speak up. She’s still working on recrafting her way of being.

Michelle asks Ron whether there was an initial story he noticed about himself that helped him learn to shift and recraft his way of being.

Ron shares a story about being in elementary school and being happy to follow the “popular” kids when it came to being in teams… until the team would lose. Then, he would realize he wasn’t happy being a follower on a losing team. He realized he didn’t want to go through life losing games.

He started putting his Scared Self aside and leading the team on the field during games. When Ron got into his career, he learned to take these lessons from the football field into business.

Michelle shares a story of her own. While she was previously the CIO of a Japanese pharmaceutical company, she asked herself: “How did I get here?” She decided to step up and step forward. And when the COO told her: “You belong here,” she chose to accept that story and hold it about herself, which gave her confidence to act as the CIO of the company.

Ron tells her that, in that situation, Michelle was making a conscious choice and deciding: “This is who I am. This is who I’m going to be.” While she had to remind herself sometimes, she was able to hold onto it, even when she was scared.

Ron says that, in order for us to recraft our ways of being, we have to notice our way of being. Otherwise, that can easily get lost as “That’s just who I am.” We also have to notice that we’re scared, but we’re all scared — we can’t let it disable us. Finally, we have to focus on who we want to be.

Michelle is appreciative of her co-worker in Japan for helping her recreate her story about herself. She asks Ron: How do you notice that someone else may need help shifting their way of being?

Ron shares a story about a job he had in his 20s when he was called in as an “expert,” though he didn’t feel qualified to act as an expert. But someone else’s confidence in him helped him change his story.

To answer Michelle’s question, Ron says we have to remember everyone is afraid. But when we can notice their shields — whether that’s being quiet or being overly loud — we can see what’s holding them back from being authentic and open. Then, Ron asks himself: “What line can I toss that shows them I believe in them?”

Crafting Your Way of Being